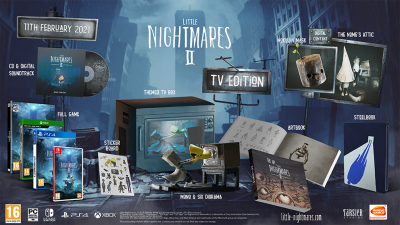 Return to a world of charming horror in Little Nightmares II, a suspense adventure game in which you play as Mono, a young boy trapped in a world that has been distorted by the humming transmission of a distant tower. With Six, the girl in the yellow raincoat, as his guide, Mono sets out to discover the dark secrets of The Signal Tower. Their journey won't be easy; Mono and Six will face a host of new threats from the terrible residents of this world. Will you dare to face this collection of new, little nightmares?

TVs are spreading the evil transmission from the Signal Tower, but could their power be harnessed by Mono and Six? Find out with this Little Nightmares Collector’s Edition.
Little Nightmares II TV edition comes with the following physical items:

Blu-ray disc on PS4 and Xbox One, Cartridge on Nintendo Switch, Digital Steam code on PC.

Highly detailed figurine of Mono & Six travelling through the TVs

The full soundtrack on CD and digital download, composed by Tobias Lilja from Tarsier Studios.

-Access to the Nomes’ secret room
Follow the Nomes to find this special in-game puzzle and unlock the Nomes' hat as a reward upon completion. 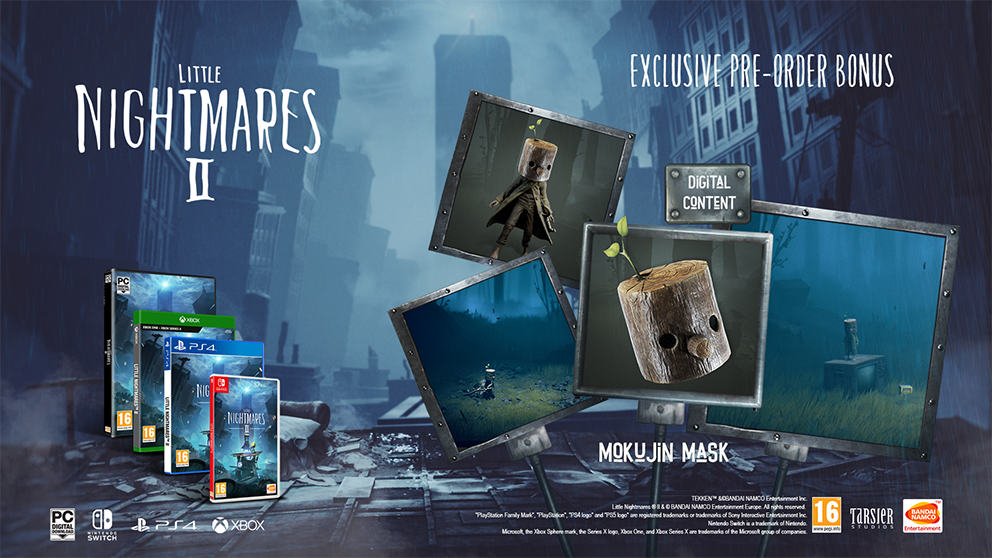 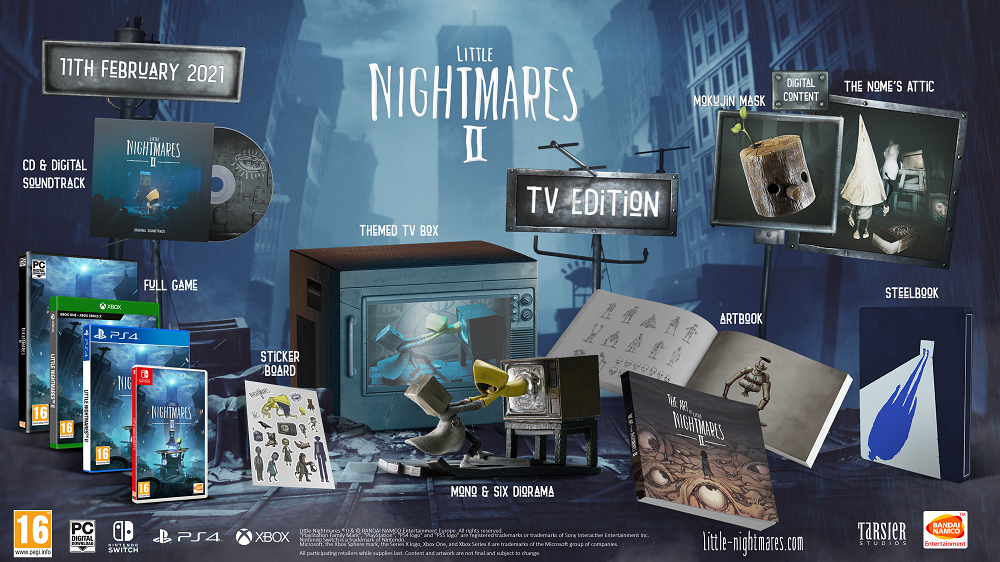 PLAY A THRILLING SUSPENSE ADVENTURE THAT WILL GIVE YOU THE CREEPS

Take Mono and Six on their adventure while a host of brand-new Residents lie in wait to haunt your steps and disturb your sleep. Outsmart the sadistic Teacher, survive the bloodthirsty Hunter and more hair-raising characters down to the roots of evil.

DISCOVER A FANTASTICAL HORROR WORLD CORRUPTED BY THE SIGNAL TOWER

Escape a world that’s rotten from the inside. Your journey will take you from creepy woodlands, to sinister schools, on your way to the dreadful Signal Tower to find the source of the evil that spreads through the TV screens of the world.

REKINDLE YOUR DORMANT HEROIC CHILD TO SAVE SIX FROM THE DARKNESS

Six is fading from this world and her only hope is to guide Mono to the Signal Tower. In this world of nightmares, you are her only beacon of hope. Can you muster the courage to fend off your tormenters, and co-operate with Six to somehow make sense of The Signal Tower?